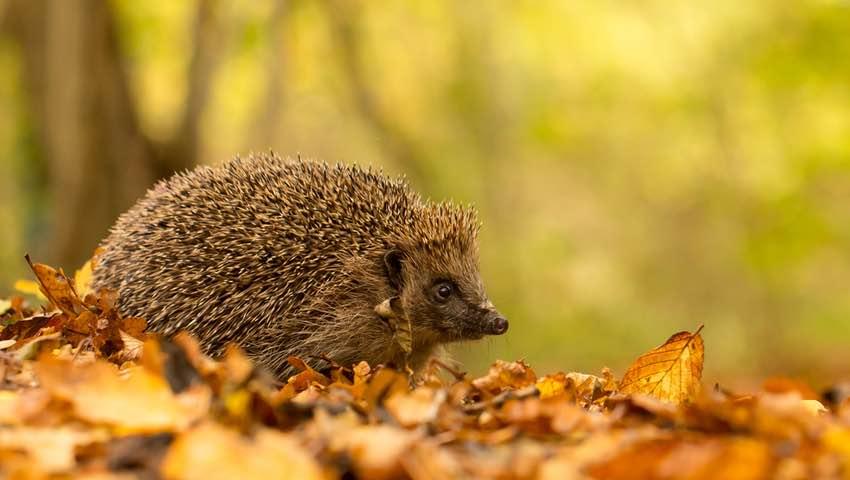 These animals are rarely seen in the North American pet trade but may be familiar to European homeowners, who often aim to attract wild hedgehogs to their gardens to eat slugs, snails, and other pests.

Both species of European hedgehog are threatened and protected in most of their range. Interacting with them in the wild is fine, but it may be illegal to capture and keep the animal, and you should allow it to stay in its natural habitat.

Even the states where hedgehog ownership is legal may not also apply that to European species - since they’re adapted to a temperate climate, they’re more likely to become invasive if released in large enough numbers (as their introduction to New Zealand can attest to).

There’s a bigger difference between these species than the color of their quills. European hedgehogs are accustomed to cold winters, which they pass by hibernating. This also means they’re adapted to eating a fattier diet, especially in the fall when they’re stocking up for their long sleep.

African hedgehogs live in a climate where it’s warm all year. They’re active in all seasons and require a primarily protein-based diet that’s very low in fat. Though they retain the instinct to hibernate when the temperature drops too much, they’re not physiologically adapted for the process. Their speedy metabolisms don’t slow enough, even in a state of torpor, and hibernation is often fatal for African hedgehogs.

Since they are by far the most common species found in the pet trade, the advice in this blog is aimed at African pygmy hedgehogs.

Don’t assume your hedgehog is European just because it’s brown. Some African hedgehogs are selectively bred for brown, tan, or orange colorations.

If you’re not sure of the origin of your new pet, you should ask the breeder to explain the animal’s lineage. Most breed selectively and track the ancestry of their animals back at least five generations.

Physical Characteristics of a Hedgehog

Hedgehogs are small spiny mammals that changes color from black to brown, in this article we will talk about Hedgehogs weigh, spines, behavior, teeth, diet, color and odor.

Breeding hedgehogs is not easy. Getting them to mate is no problem - if you house a male and female together they’ll do it whether or not you intend them to - but ensuring a healthy delivery and keeping newborn hoglets alive requires constant attention and care.

A pet store may be your most convenient option for buying a hedgehog. You’re more likely to find healthy hedgehogs and knowledgeable staff at a pet store specifically aimed at exotic pets than a large, more general shop. It’s unfortunately rare to find a large pet store that treats its hedgehogs well.

Health and personality should be your two main factors in determining which hedgehog to buy. Though hedgehogs are good at hiding illnesses, there are several signs you should look out for when you’re going to buy your new pet.